Wipeout Fusion
Van-Über Racing Developments (often simply referred to as Van-Über and alternately spelt as Van Über in the Omega Collection) are an Anti-Gravity racing team based in Germany. The team, along with Tigron, were one of the only two new teams in Wipeout Fusion to make a return in Wipeout Pure and Wipeout Omega Collection.

Four-time world champion Wolfgang Van-Über, as an AG racing pilot, was famed for his belief in what he called "The purity of the race". Committed to traditional racing ethics and good sportsmanship, commentators believed Van-Über had been hampered by a refusal to "play dirty" (i.e. using weapons), but in his words, "We must remain cleaner than clean. If all the clouds in the sky turn black, who can hope that the rain will ever cease?" A popular figure both on and off the track, Van-Über had always loved what he called "this sublime and delicious game" – a phrase which has since entered the language, giving the anti-grav zine "Sublime And Delicious" its name.

Wanting to see similar action in a new age of AG racing, Van-Über went into development. However, instead of joining FEISAR's development body, he formed his own team in 2143. He later registered his new team to compete in the F9000 League. Prior to the 2160 season, Van-Über also hired Dieter Schmidt as director of technical services to improve the shield strength of the team's craft.

The Van-Über team appeared to be quite popular thanks to their two pilots, Songen Grey and Nami Mishima, with the latter compared to AG racing legend Arial Tetsuo, mainly because of her hairstyle. Later however, Grey retired and, as a result, Mishima tipped to take over the main pilot spot. From then, her craft had been constantly sabotaged throughout the league.

As a result, the Van-Über team would soon struggle to keep up with the competition, until they left the F9000 League sometime before the 2170 season, when the scandal and corruption involving the F9000 Race Commission was unearthed. This revelation marked the end of the F9000 League, with the league originally suspended prior to its penultimate race.

Because of the great depression coming after the collapse, all professional AG racing competitions had been aborted. Unable to find a new outlook for its business, Van-Über would soon be put into administration. A few years later, when amateur AG racing was on the rise, Van-Über saw this as an opportunity to return to AG racing. As such, in 2185, they took part in the Anti-Gravity Rebirth Festival, hoping to get themselves out of administration.

Following the success of the FX150 Amateur League, the Van-Über team had finally recovered from their financial recession, and were able to catch wind of the announcement of the FX300 League. And so, they started developing their new craft as they planned to compete in the upcoming league, after which Wolfgang Van-Über unveiled the craft to the public as soon as it was completed. After seeing fair success, the Van-Über team decided to transition into the FX350/FX400 Leagues, with a craft that would exemplify the purity of the sport as it was fast yet manuverable, but paid for the price in shielding.

The Van-Über is one of the better craft in Wipeout Fusion, in terms of performance and weapon strength. Among the three starter teams, the Van-Über has the best thrust. However, this has been brought down by poor shield strength and low stability, despite improvements of the shield strength by the team's Technical Services Director, Dieter Schmidt. On the other hand, its decent brake force proves helpful in compensating its poor handling.

The Van-Über FX300 ship in Wipeout Pure appears to be a bridged-dual-hull ship like the third and fully upgraded versions of its predecessor from the F9000 era. The ship is extremely agile, with outstanding handling and strong thrust, although this comes at the cost of speed and shielding.

Available through digital pre-orders of the Wipeout Omega Collection, the digital edition or a code supplied with physical copies in selected territories, the Van-Über FX350 ship now features a radical triple-hull design, doing away with the team's tradition of a bridged, dual-hulled chassis and design language. The ship's most notable feature is a quad-airbrake system when used. It retains its trademark handling from the FX300 model and its powerful thrust, and is somehow pretty fast as well, but its shields are among the weakest (despite it being slightly stronger than Icaras). 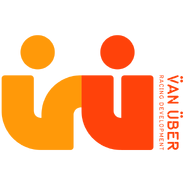