Pascale Rouser (born 2132) was a pilot for Auricom during the F9000 League. She is notable for bringing Auricom their last championship win in 2168 before the team's controversial exit from the sport.

Pascale Rouser rarely speaks, preferring to let her racing prowess speak for her. She has made an excellent lead pilot for Auricom over recent seasons, but she has begun making frequent outbursts about the behaviour of Omarr Khumala of Tigron Enterprises. Trained in anger suppression techniques by her charismatic trainer, Dieter Kohl, Rouser is rumoured to be distraught at her loss of self-control and at the example she has set her team's second pilot, Franco Gonzalez. 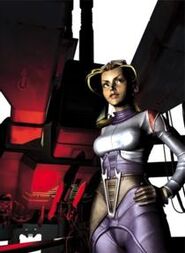 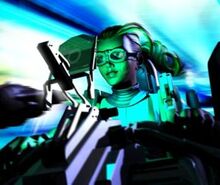